M’hammed Dryef is an Affiliate Professor at Mohammed VI Polytechnic University and Special Advisor at the Public Policy School.

Pr. Dryef is a Senior Fellow at the Policy Center for the New South. He has spent his career in public administration and has held several leadership positions within the public sector including Chief of Staff at the Ministry of the Interior; Governor Director of the Casablanca Urban Agency; Director General for National Security; Director General for Urban Planning & Territorial Planning; Wali-Director General for Interior Affairs; and Wali of Fez-Boulemane (1991-1998), Greater Casablanca (2003-2005), and Laayoune-Boujdour-Sakia El Hamra regions (2006). Earlier in his career, he was also Governor of the Benslimane Province (1989). Professor Dryef specializes in urbanization, decentralization, regionalization, and the evaluation of public policies. To this end, he has published numerous studies covering these topics as well as a book on urbanization in Morocco, titled ‘Urbanisation et Droit de l’urbanisme au Maroc’ (1993).

He holds a PHD in Public Law from the Université Pierre-Mendès (Grenoble-II), a diploma from the National School of Public Administration and a post graduate diploma in private law. He is decorated with the “Wissam al-Arch – Commandeur”. 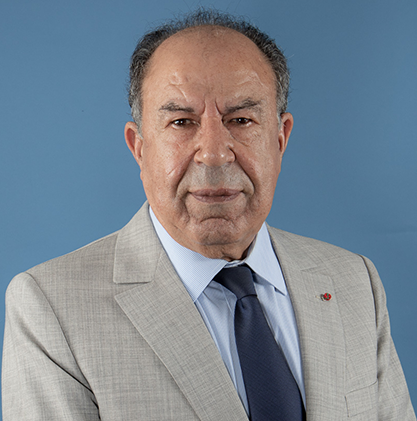