He is a Senior Fellow at the Policy Center for the New South. His area of expertise covers Afro-AsianAffairs, Security Studies, Terrorism, Extremism and Deradicalization.

He got his Ph.D. in Regional & International Affairs from the University of Tokyo in 1998, and a Doctorate from the University of Mohammed V on the Psychological dynamisms of Suicide Bombers (2014). He is a member of the steering Committee of the National Program of deradicalization ‘‘Moussalaha/ Reconciliation’’ and was appointed since 2021 a Co-Chair of the Working Group on Foreign Terrorist Fighters and Returnees. EU-MENA Information Sharing and Analysis Network. CEPOL. He is the executive director of the Moroccan Observatory on Extremism and Violence, Director of the African Center for Asian Studies. He is serving as a lecturer at the Collège Royal de l’Enseignement Militaire Supérieur, and a visiting Professor at the University Mohammed V. In 2017, he was appointed a Co-coordinator of the OBOR China-Morocco Research Group, and a member of the Advisory Board of The Euro- African Studies Institute, Hanyang University Seoul.

Pr. Rezrazi is the president for the second term of the Moroccan Association for Asian Studies. He has served as a distinguished professor in the school of law of Sapporo Gakuin University, a professor & Deputy Director of the Institute of International Relations in Hagoromo University in Osaka, a researcher at the National Center of Area studies in Minpaku, Osaka, an associate researcher at The Center for the Interdisciplinary Study of the Monotheistic Religions (CISMOR) at Doshisha University in Kyoto. He served also as a political Analyst at the Emirates Center for Strategic Studies and Research (ECSSR) in Abou Dhabi, a JSPS research fellow at Tohoku University. Sendai, and a Visiting Fellow in Princeton University. 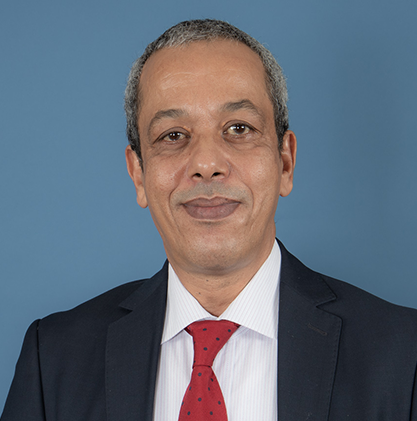